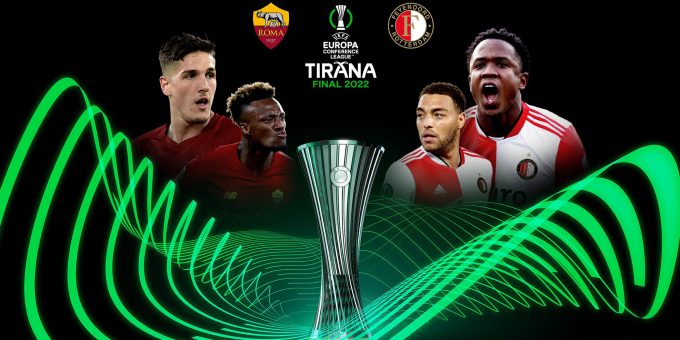 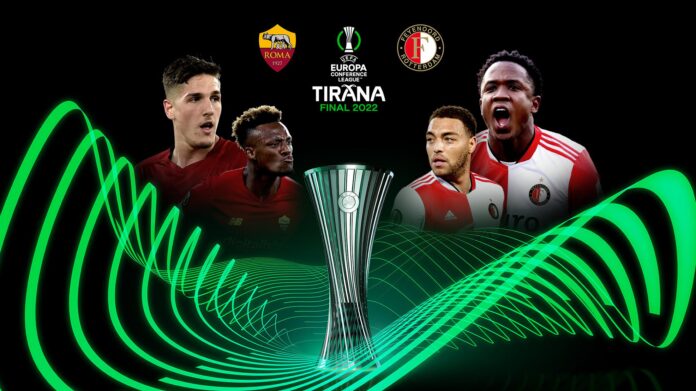 Roma and Feyenoord meet Wednesday night at 20:00 at the Air Albania Stadium in Tirana, Albania, in the final of the inaugural Conference League. José Mourinho, the Portuguese coach of the Italian team, has the chance to become the first coach to win the new UEFA competition and also the first to win all three European competitions, having won the Champions League and the Europa League.

At the same time, the club he represents will also finally be able to win its first continental trophy, having missed the target in the finals of the Champions League in 1984 and the Europa League (UEFA Cup) in 1991. Feyenoord, meanwhile, will be able to add to their trophy cabinet, which boasts Champions League titles won in 1971 and UEFA Cups in 1974 and 2002. Despite the Netherlands’ greater international pedigree, the Italian side are the favourites in this final, packed with big-name stars, starting with their coach, one of the best on his day.

In the semi-finals, the Italians saw off English outfit Leicester, drawing 1-1 in the first leg and winning 1-0 at home. Feyenoord eliminated French side Marseille, 3-2 winners in the Netherlands and a draw in the second leg in France. Feyenoord come into this final on a high having lost only one of their last ten meetings but on the other side is a Roma side hungry for success and with a finals specialist on their bench. Mourinho once said that “finals are not about playing, they are about winning” and it is with that expectation that the Italian side approach Wednesday’s encounter. Not to be missed.

This is a decisive duel between two teams in a similar phase of performance! With an identical record in their last 5 matches, the last one turned out to be quite different, favouring the Italians. José Mourinho’s players managed to get a great result at Torino (0-3), through a great domination and a great offensive efficiency. Feyenoord, on the other hand, failed to fill the tank with confidence, losing at home against Twente (1-2), although the match counts for nothing with the third place in the Eredivisie guaranteed. There was however a positive point in that game, it was the fact that Cyriel Dessers scored another goal, confirming his amazing season (he notably has 10 goals in the Conference League).

The two starting eleven expected for this match are the most usual tactical schemes, with two Portuguese in the base eleven of the Italian team! Apart from the two Portuguese internationals, José Mourinho is expected to present the usual tactical system with 3 central defenders. Smalling still has his presence at risk, but will do everything to take his usual place. The same can be said about Karsdorp who would be replaced by Maitland-Niles in the worst case scenario. Although Mkhitaryan is also uncertain, he has not been a regular starter either. Up front, the fine Zaniolo-Pellegrini-Abraham attacking trident should feature once again this season. On the Dutch side, the uncertainties have to do with Malacia, Trauner and Nelson. The former is expected to take up his role between the posts for Feyenoord, but would be replaced by Bijlow as a last resort. In the attack, the current top scorer of the competition, Cyriel Dessers, also promises to give a fight to the Roman defence!